Gabriel Jesus scored a hat-trick on his first home appearance to take his pre-season tally to seven before Arsenal coach Mikel Arteta declared, “We want more”.

The Brazilian striker, who signed from Manchester City for £45m, has stolen the bid from fellow first-timers Oleksandr Zinchenko and France defender William Saliba, as well as newly appointed captain Martin Odegaard.

But Arteta insisted he wanted to add more firepower to his squad ahead of Friday night’s opening game away to Crystal Palace. 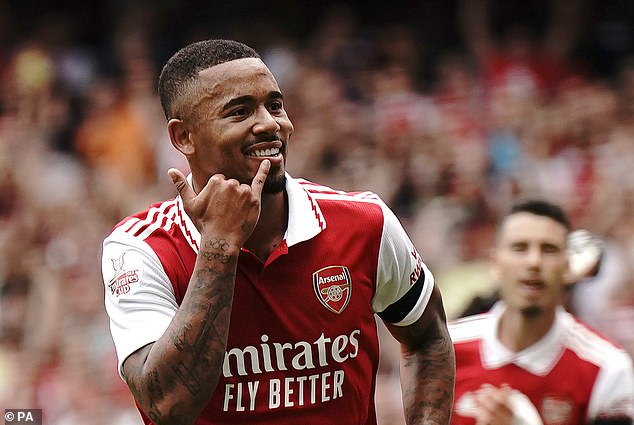 Asked if he was satisfied with his offensive options and summer spending of £117m, the Spaniard replied: ‘We still hope to do something else if the market allows us to do so.

We’ve seen some movement in the other direction as well. We just want to get the perfect balance and execute the plan we wanted from the start (in the transfer window).

Arteta also expressed his happiness yesterday to discuss the appointment of former Real Madrid midfielder Odegaard as a permanent replacement for Pierre-Emerick Aubameyang as captain.

The 23-year-old Norwegian shared the captain’s armband with Alex Lacazette after the Gabonese striker was sacked and sold to Barcelona last January. 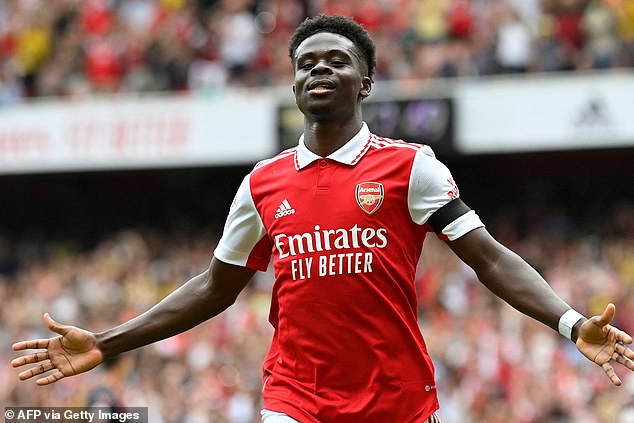 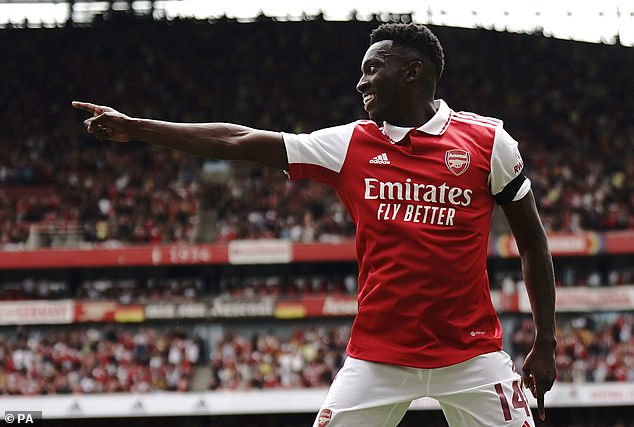 “I am proud to make this announcement because I think he is a really good person to make the commitment to the club,” Arteta said.

Since he’s been here for 18 months, he values ​​this football club in the best possible way. He has a desire and ambition to take this club to a different level.

His desire to contribute and drive this team and the way he is respected by everyone within this organization is clearly visible.

“He’s the captain of his national team and I think that was the right call.”

Arteta also confirmed that he has allowed Portuguese left back Nuno Tavares to sign a season-long loan with French side Marseille amid reports that defender Hector Bellerin is ready to join Real Betis.

He did not confirm Bellerin’s departure but said: ‘We don’t know – we go case by case. For Nuno development, this step will be really important. 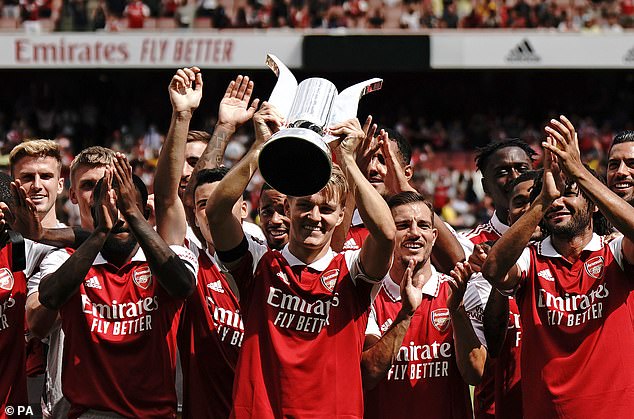 And while every touch of defender Saliba’s clean-sheet debut on home soil was greeted by 60,000 spectators in this Emirates Cup match, it was Jesus’ goals that made the fans hype at home. His seven goals have helped secure five wins from five pre-season games since his move from City.

“You hope someone hits the ground running but they have to adjust to a lot of joining a new club, a new city, new teammates,” Arteta said.

Bukayo Saka scored twice and substitute Eddie Nketiah was also on the list of results after Jesus was linked with Odegaard as he scored his goals in the 13th, 15th and 77th minutes.

And Arteta concluded: ‘Martin makes Gabe better and he needs to be threatened in front of him. It can find the final pass at any moment indoors or outdoors. I think the connection is already there.

Follow Sportsmail’s live blog for the pre-season match between Arsenal and Sevilla.