The debate over F1 safety car rules reopened at last Sunday’s Italian Grand Prix after racing has yet to resume Daniel RicciardoHe stopped five laps from the end, finishing behind the safety car.

Although the race control literally followed the rules this time – unlike last year’s Abu Dhabi, where the final round of the championship clinched the championship – fans left a bad taste after being denied a race finish.

Christian Horner, head of the Red Bull team, said: He thinks the race should have been reported To ensure completion of at least one lap of the race and to avoid finishing under the safety car.

But McLaren Formula 1 chief Seidl revealed that plans to try to stop safe car finishes were discussed in the wake of Abu Dhabi last year, only for teams that failed to agree on a solution.

“After what happened last year in Abu Dhabi, there was a lot of discussions between the FIA, Formula 1 and all the participating teams in order to see how the rules could be modified in order to make sure that races never end under a safety car,” Seidl explained after the race.

“But even though the FIA ​​and Formula 1 are pushing all of us to find solutions, it was up to us as teams, and pretty much all the teams that didn’t agree to any change because we couldn’t agree on any better solution, which is also still a fair solution from Where is the sports score.

“For this reason, I think, we simply have to accept that, unfortunately, situations like today can happen.” 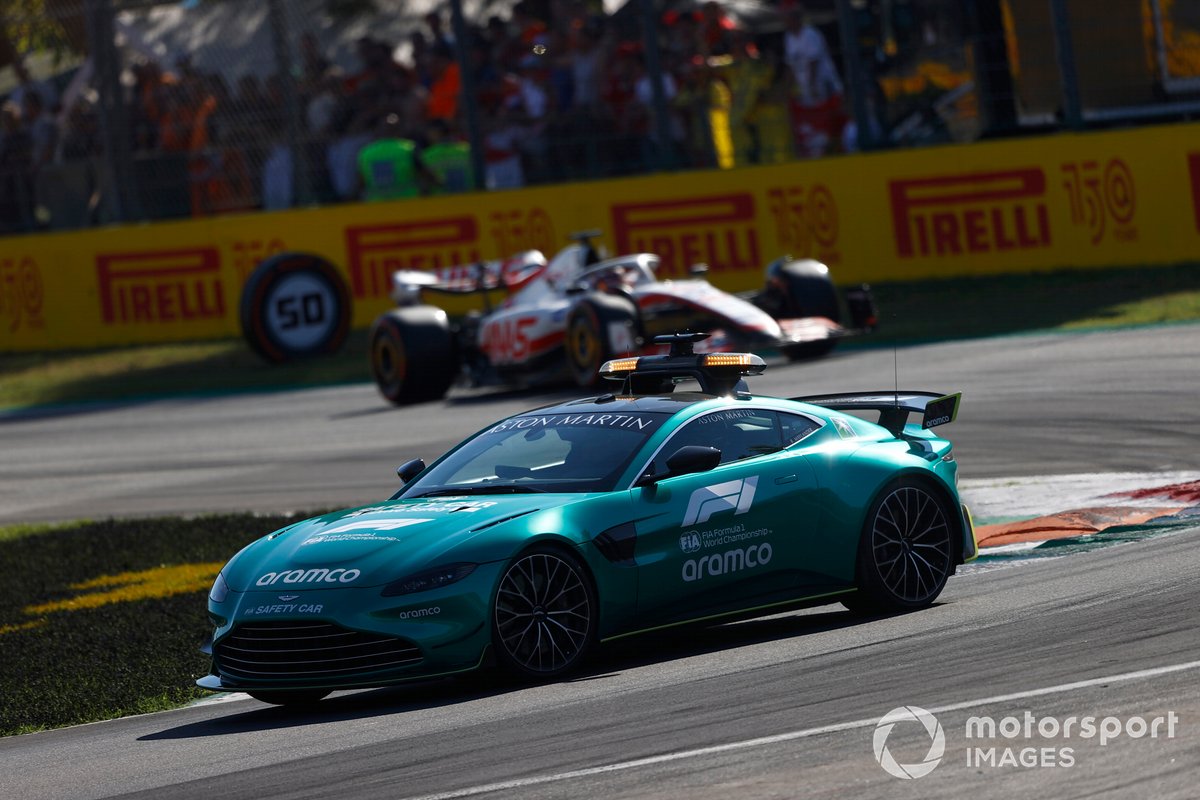 Seidl said the FIA ​​and Formula 1 had “tried very hard” to find a way to change the rules to ensure races always ended under a green flag, but that there had been many concerns from teams about prioritizing the spectacle on the sporting side.

“We just want a solution that is mathematically fair and doesn’t suddenly end up in jeopardy,” Seidl said.

“That’s why we couldn’t agree on anything better than what we have.

“In the end, we voted that the regulations should remain as they were. As far as I can remember, every team voted like that. So, I think let’s close the topic.”

FIA President Mohammed bin Sulayem held a summit with race officials and Formula 1 team principals on Monday after the race at Monza to discuss a range of sporting matters, with safety car rules potentially up for discussion.

One possible option to ensure that races always end with a green flag is to write the rules indicating that an automatic red flag will appear if a safety car is required within a certain distance of the finish.

Motorsport.com put up the proposal at Alps Head of Sports Alan Berman, who thought it “looks great” but that there will inevitably be some “unintended consequences”.

“It’s happened before, we did it in Baku last year, and it was good,” Berman said.

“I think you could write that into the recordings. It doesn’t sound crazy. I’m sure there will be something we don’t like about it, but after all, we’re here to make a show. And [the Monza finish] It was clearly not acceptable.

“It’s not a perfect finish at all, nobody wants to finish under the safety car. It’s miserable, really miserable for the fans. We didn’t show our best, that’s for sure.

“But maybe we don’t need to kneel down to say that every time a safety car is 50 km from the finish or something like that, you throw a red flag. Maybe we just need to make sure we get the car safety procedures right, and we’ve worked on Try to make it faster.

“The problem with safety cars later in the race, you have these wrap cars. We’ve had endless discussions about how to improve this situation, and there are certainly many unintended consequences of changing that measure.”